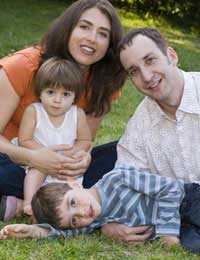 Sigmund Freud believed that each stage of a child's development beginning at birth is directly related to specific needs and demands, each based on a particular body part and all rooted in a sexual base. While simplification of his theories is necessary in order to give an overview, he held beliefs that are quite complex. In order to understand the basics of his developmental stages, it is important to note a few things: Freud's age ranges varied a bit over the course of his work, largely because he acknowledged that development can vary a bit from individual to individual. Additionally, experience of the stages may overlap at times. Finally, Freud believed that the way that parents handle their children during each of the stages has a profound and lasting impact on the overall development of the child's psyche.

The Oral Stage: Birth to 18 Months

Anyone familiar with very young babies and children knows that they are focused on their mouths. A baby's first nourishment is received through suckling, and the sucking instinct is usually strong, even in newborns. Freud theorised that an infant's oral focus brought not only nourishment, but pleasure.

Freud believed that during this time period, children derive much pleasure from the process of either retaining or eliminating faeces, and are quite focused on the process. This is often the time frame in which many parents choose to potty train their children.

The Phallic Stage: 3 Years to 6 Years

From about age 3-6 years, Freud believed that children's pleasure centres focused on their genitals. He further theorised that young boys develop unconscious sexual feelings for their mothers, complicating their relationships with both parents. Struggling with a feeling that they are in competition with their fathers for the attention of their mums, Freud felt that boys from 3-6 years also fear that their fathers will punish them for these sexual feelings.

Freud seemed to view this time as the least complicated in childhood, believing that during these years, children focus their energies on their schooling as well as forming friendship bonds with other children of their own gender.

The Genital Stage: From Puberty On

In this final stage of psychosexual development, Freud theorised that the onset of puberty represented the reawakening of sexual urges. At this more mature age, however, adolescents focus not only on their genitals, but also on developing sexual relationships with members of the opposite sex and on seeking sexual satisfaction.

While Freud theorised that children who smoothly transition through the stages grow to be calm, well centred adults, he felt that an unsuccessful completion meant that a child would become fixated on that particular phase and either over or under-indulge throughout adulthood. Believers of Freud's theories on child development, then, must surely make every effort to help their children through each of the stages, allowing each child to experience their feelings without guilt or excessive pressure to conform to preconceived ideas.

What does all of this mean to modern parents? For starters, Freud would likely recommend that parents encourage their children's natural tendencies to focus on the above body parts and functions without allowing the children to overindulge. Obviously, that can be easier said than done. Most parents naturally try to guide their children toward moderation in all things, but of course, if you believe Freud's theories, it seems logical that parents will certainly be limited by their own fixations left over from childhood, making it especially difficult for them to objectively steer their kids.

The bottom line, then, must be that parents should make every effort to educate themselves about what is considered normal and healthy for their children and then balance the advice of child development professionals with their own parental instincts and common sense. For most parents, raising happy, healthy children is a top priority and by staying actively and directly involved in their children's lives, parents will be able to judge the progress that their children are making along the way.