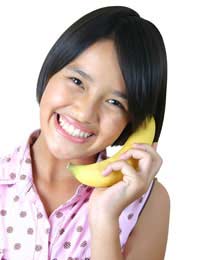 Parents especially first-timers, often wonder what to expect in terms of their children's development. While it is always exciting to see children grow and learn new things, having an idea of typical patterns in maturity can help parents to provide their children with the right encouragement at the right times. Much like several other well respected child psychologists, Jean Piaget believed that children go through a number of fixed stages on their way to independent thinking. His theory on cognitive development, though, is perhaps the most widely accepted and most cited.

Note: While Piaget believed that all children will go through the following stages in order, the age ranges are only a general guideline. Each child matures in their own time, and even siblings don't do the same things at exactly the same age.

An enormous amount of growth and development takes place in the first two years of life. During that time span, children go from being completely helpless to walking, talking, and to a degree, being able to make sense of the world around them. One of the most important milestones that children achieve in their first few years, according to Piaget, is their mastery of "object permanency," or the ability to understand that even when a person or object is removed from their line of sight, it still exists. Early on, children are only able to perceive things that are right in front of them, but as they mature, they understand that if a ball rolls under a chair and they can no longer see it, it still exists, under the chair. This is an especially important understanding for children, helping them to have an increased sense of safety and security since they can now grasp the fact that when mum leaves the room, she hasn't disappeared, but will soon return.

Once object permanency is achieved, children move onto this next stage, which is marked by a number of advancements. Language skills develop rapidly, allowing kids to better express themselves. Also, children in the preoperational stage are egocentric, meaning that they believe that everyone sees the world the way that they do, leaving no room for the perspectives of others. For example, a child will sometimes cover their eyes so that they cannot see someone and make the assumption that the other person now cannot see them, either.

A major indicator of this stage is called conservation, or the ability to understand that quantity does not change just because shape changes. For example, if you were to pour the same quantity of liquid into two separate glasses, one short and wide and the other tall and thin, younger children would insist that the taller glass holds more. Children who have mastered the concept of conservation would be able to understand that the quantities are identical. Piaget explained that the child's inability to yet grasp the concept is due to their capacity to focus on only one aspect of a problem at a time (centration), their tendency to take things at face value (appearance), and the fact that they see something only in its current condition (state). They cannot yet understand that the wider with of the short glass compensates for the height of the taller one.

During the concrete operations stage, the centristic thought process is gradually replaced by the ability to consider a number of factors simultaneously, giving them the ability to solve increasingly complex problems. Also, kids at this stage can now understand how to group like objects, even if they are not identical. For example, they are able to see that apples, oranges, cherries, and bananas are all types of fruit; even they are not exactly the same.

Another important developmental advancement that occurs during this phase is seriation, the ability to place things in order according to size. Children who have a mastery of this concept are able to take jars of varying heights and place them in order, tallest to shortest.

Formal Operations Stage: 11 and Beyond

In the final phase of cognitive development, children hold a much broader understanding of the world around them and are able to think in abstract ways. They are also able to hypothesise possible outcomes to a given problem and then think of ways in which to test their theories.

Children in the formal operations stage learn to use deductive reasoning to draw conclusions, which opens them up to a wider base of knowledge than ever before. An example might be as follows: A bear is a mammal. All mammals have fur. Therefore, a bear has fur.