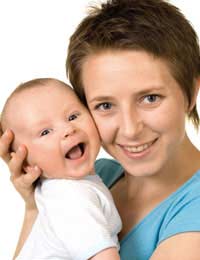 Margaret Mahler's theories on child development focus largely on the mother/child relationship. Her study on separation-individuation is considered her most valued contribution stressing the importance of consistent attentiveness especially from the mother during a child's first three years of life as vital to the ultimate goal of raising children who grow to be successful, adaptable adults.

Note: For the purposes of this article, the primary caregiver will be referred to as the mother. In practice, this person may be the natural mother or another individual (or a select few individuals) who are responsible for the primary and everyday care of the child.

Getting the Right Start

Parents, even those who have no background whatsoever in the formal study of child development will attest to the importance of giving children the best possible start by welcoming them into a home environment which is both loving and attentive. The mother, typically the primary caregiver during the earliest years of a child's life, who is warm, nurturing and attuned to the changing needs of her child will certainly provide the child with a greater sense of security and confidence than a mother who is distant or uninterested. This simple truth is the basis of Mahler's Separation-Individuation Theory, which details the stages of the child's development during those crucial first three years of life.

A newborn infant is blissfully unaware of anything but its own needs. At this stage, the mother needs to be available to lovingly meet the baby's needs and introduce tender, caring interaction.

During these first few months, babies begin to learn about their world and develop their very first human bond -- that which they share with their mothers. Positive stimuli (cuddling, smiling, engaged attention) and relief of discomfort (feeding promptly when hungry, changing of soiled nappies, providing an appropriate sleep environment) all help the infant to develop a trust that their needs will be met, building a basis for security and confidence.

Sub-phase One: Differentiation - 5 to 10 Months

As the baby matures, he develops an increased interest in both the mother and the outside world. Not yet able to understand that she exists outside of his view, parents often first notice their baby's first outward signs of separation anxiety during this time as the baby continually "checks back," looking at other things but then looking for the mother as a reassurance that she is still present. Often, babies are most comfortable to express interest in outside stimuli when they feel safe in their mother's arms during this phase. Consistent access to the mother aids the baby's emotional well-being and while it first appears about this time, this need may continue well into the practicing sub-phase.

As children's mobility increases, they are able to explore their environment with an autonomy that was previously impossible. Still not ready for extended separation from their mothers, crawlers and beginning walkers will sometimes choose to separate briefly from their mums, but will typically return quickly for assurance and comfort. Some independent play time is enjoyed, but often the baby is only comfortable to play on their own when the mother is within the child's line of sight. Mothers who are able to release their children to a beginning level of independent exploration whilst staying nearby will provide their baby with the ability to take pleasure in their growing world. Mahler described this "hatching" as the true birth the individual occurs, with the child beginning to have a basic sense of self not directly connected to the mother.

As parents of toddlers know, they can be a confusing bunch. One minute, they are running from their mothers, refusing her attention or wishes, and the next they are anxiously clinging to her. Mahler referred to this as "ambitendency" and explained that this behaviour is representative of a toddler's sometimes opposing desires and needs. It is during these months that children first get a real sense that they are individuals, separate from their mothers, which is both an exhilarating and frightening discovery.

Toddlers continue to take pleasure in exploring their environment, but during this phase, much of their growth comes from socialisation. Imitation of others is common (much to the amusement and sometimes dismay of parents!), as is the tendency to want the things that others have, taking them by force if necessary. Mahler also observed that toddlers often become a bit "low key" when they are not around their mothers, and may withdraw a bit into themselves. Unlike when they were babies, toddlers learn that their emotional needs are not automatically sensed or tended to, so they may be especially demanding of their mother's attention. When they don't get their way, frustrated toddlers often resort to throwing temper tantrums. Now aren't you glad to hear that your little one's behaviour is perfectly normal?!

At some point around the second birthday, children begin to be more comfortable separating from their mothers, knowing that they will return (object constancy). This ability makes it possible for two year olds to accept that they are unique from their mothers without anxiety, allowing the child to engage substitutes for the mother when she is absent.