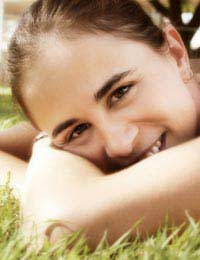 Adolescence can be a trying time, and helping their kids through the emotional and physical changes associated with puberty can be one of the most challenging aspects of parenting. Discussions about gender identity and confusion over gender roles can be uncomfortable for many parents and kids, even those who share loving, close relationships.

Puberty brings about a number of physical changes as children's bodies develop into adult bodies. Typically, the onset of puberty starts a bit earlier for girls (at about 11 years old) than for boys (around 12), but the age at which individual children begin adolescence can vary, and anything from nine to fourteen is considered normal. Early onset or delayed puberty is not uncommon, but can be worrisome for kids, who may be relieved after a conversation with the GP, who is likely to assure them that their development is perfectly fine and healthy.

In girls, the development of breasts is usually the first physical indicator that they've entered puberty. A whole body growth spurt often accompanies breast development, followed soon after by the growth of pubic and underarm hair. Genitals enlarge and become more sensitive, hips widen, the body begins to have a curvy shape, and finally, menstruation begins. For the first few years, periods may be somewhat irregular, but in time they will settle into a more predictable pattern, typically 28 days apart. Once girls are getting their periods, they may be able to become pregnant.

Boys undergo their own physical transitions, the first being the enlargement of the testicles, followed by the growth of pubic hair, and an increase in penis size and sensitivity. Boys voices often break as their larynxes (voice boxes) get larger, often growing so that they can be seen as an "Adam's apple" on the neck. Pubescent boys begin to take on a wide-shouldered manly look, and grow underarm, facial, and chest hair. The testicles begin making sperm during adolescence, enabling boys to father children.

Ask any parent with grown children and they will tell you that the teen years can be turbulent. The hormonal changes associated with adolescence can make kids difficult to live with, often surly and distant. Tweens and teens may appear to be sullen or argumentative, but oftentimes, they are simply confused and feeling overwhelmed by all that they are going through. Riding the hormonal roller coaster that is puberty can be difficult for teens (and those in charge of their parenting!), but everyone involved can take comfort in knowing that in just a few short years, hormonal activity will settle and life will return to normal. Rarely, teenagers experience mood swings serious enough to warrant counselling, but for most, the transition is not quite so extreme.

Traditional gender roles are no longer held as steadfastly as they were in generations past. In many families, there are no "boy's chores" and "girl's chores," but simply tasks that need to be done. Adult men and women often choose careers that were once considered open to only members of the opposite sex, and few parents hold specific expectations for their children based on gender. This openness has been quite beneficial for both genders, freeing people to pursue interests and careers based on personal preferences and individual strengths, rather than to meet society's definition of "normal."

Gender identity begins when children are very young; often expressing their gender with pride not long after they are able to speak. There is certainly at least some level of societal influence on children's gender identity, but with the onset of puberty, some kids experience confusion as their feelings about their gender may not fall into line with their previous expectations. Worries about whether or not their feelings are normal and acceptable can be difficult for adolescents, who need the support of their parents as they search for answers. Those who identify themselves as gay or lesbian may have concerns about how they will be viewed by peers and loved ones, and close relationships can be tested during this time, as kids look for acceptance from those who matter most to them. Parenting is never an easy task, and while tweens and teens may outwardly object to the influence of their parents, they need to know that just as they have in the past, their parents will be there to answer their questions and provide assurance of their unconditional love.