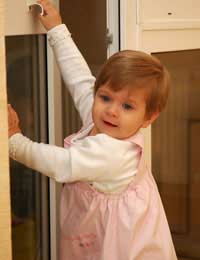 Ask any parents of a child older than five and they will tell you that babies just never seem to stay babies quite long enough. Practically from the moment that they are born babies begin to grow increasingly independent, which can be bittersweet for parents. Of course, all parents want to see their little ones grow and develop into free-thinking, independent people, but it can often be surprising just how quickly that the transformation takes place!

Giving Them a Good Start

While it might seem that parents who encourage their babies to wait a bit before responding to their cries would be teaching them to be less dependent, quite the opposite is true. Studies show that infants whose needs are quickly met gain a sense of security and trust that the world is a safe and welcoming place. Later on, children who are the most secure will be the ones who have the easiest time making friends and separating from their parents. Taking the time to build a strong emotional base for babies is one way that parents can help their children to be socially comfortable and independent.

What the Experts Have to Say

While there are many theories about child psychology as it relates to growing independence, there are a few experts, in particular, that offer valuable insight:

Margaret Mahler:
Mahler’s Theory of Development espouses the idea that a secure baby will be best capable of being independent, and stresses the notion that the primary caregiver (typically Mum) serves her baby well by staying nearby for reassurance, but willingly allows the baby to explore his growing world. As babies grow, the strong bond that they form with their mothers will help them to bond with other people, as well.

Erik Erikson:
Erikson’s Theory of Psycho-Social Development not only reaffirms the need for babies to get a secure start by being in the hands of loving caregivers, but he also stressed the importance of providing babies and young children with encouragement as they begin to express their individuality. He believed that parents who applauded their youngster’s efforts at independent thought helped their children to flourish as independent people.

Lev Vygotsky:
Vygotsky’s Socio-Cultural Theory strongly advocates that parents expose their babies and children to a wide range of social situations, each one helping the child to expand not only their base of knowledge, but also their ability to interact independently and confidently in the world. He believed that this growth is a lifelong process, beginning at birth and continuing right up until the time of death.

Fostering Confidence and Independence in Babies and Children

While it is not something that parents normally think about when they are first holding their newborn babies, the ultimate goal of parenthood is to teach their children to someday not need them anymore. While the thought may be saddening to some parents, it is not meant to be. Ideally, those babies will grow into capable adults who love their parents and want them nearby, but have the ability to survive and thrive without them should they need to.

Fostering independence in babies should begin by offering them a strong base of love and security, helping them to feel confident about the world around them. As babies grow, both physically and emotionally, parents should encourage and aid their efforts at independence, allowing them to make some decisions in their daily lives. It is also important for parents to not only allow, but encourage their children’s attachments to people who have their best interests at heart. Loving interaction with people beyond their parents is a wonderful way for babies and children to expand their world in a safe manner.

While it is sometimes hard to think that as babies take their very first steps and express their desire to explore the world around them, they are in fact beginning to grow into the independent people that they will someday become, it is the case. And as any proud parent will tell you, that is a very good thing.