Discipline Outside The Home 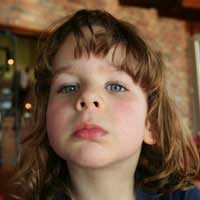 How a parent chooses to discipline a child is a highly personal decision. In fact discipline can be very controversial and bring even the best of friends into conflict when they disagree on means or methods. Many parents are hesitant to discipline children in public not simply because their choice of discipline may be criticised, but because they also do not want to “admit” that their child is misbehaving. However as anyone who has ever sat through a misbehaving child knows, parents who discipline their children in public are likely to receive a round of applause for putting a stop to the nonsense!

Corporal punishment, which mainly manifests as smacking or spanking a child, is itself a controversial technique. Many parents feel that corporal punishment is akin to child abuse and that it does nothing but teach children that violence is acceptable. A debate exists around corporal punishment that will certainly be made known if a parent smacks or spanks a child in public. Parents who do choose to use this method of punishment outside of the home should be aware that they will likely face stiff opposition and criticism from those in the surrounding area – and possibly even those who are willing to report the incident as abuse.

For parents who choose not to use corporal punishment, a variety of techniques exist that can be adapted well for use outside of the home. The Naughty Step, for example, in which a child is asked to sit quietly on a step for a period of time to think about how they have behaved, can easily become the Naughty Chair, the Naughty Tea Towel or the Naughty Corner depending upon where a situation has occurred. Time Out is also well suited for use out of the home. When children misbehave in public, parents can easily lead them to a quieter area and ask them to remain still for several moments.

Mistakes for Disciplining in Public

Unfortunately, there are many mistakes commonly made regarding disciplining children outside of the home. Parents should never make a “threat” that they can not keep. For example, if three hours into a four hour car journey children start misbehaving, telling them that the parents will turn the car around and take them home is simply unfeasible. Children will know it, and parents will lose credibility. Similarly, telling children that they will be disciplined when they get home – which may be several hours yet – becomes an empty threat (for the moment at least) and it runs the risk of the children forgetting why they were to be disciplined.

Finally, parents should avoid trying to cover up misbehaviour. Furtively whispering “Your such a bad boy” does not help the situation. The child is being told that he is bad, rather than being told which of his behaviours are inappropriate, and everyone else is wondering how such a comment is going to stop the irritating behaviours. Instead, parents should feel justified in disciplining their children because they no doubt have the backing of the other grown-ups in the room!

Disciplining children outside of the home may seem embarrassing to some adults, but it is necessary to teach children what is acceptable public behaviour. Parents must remember that they are teaching their children right from wrong at all times, and that this is not simply limited to their homes.

Disciplining Children
Share Your Story, Join the Discussion or Seek Advice..
I to believe that spanking, yelling, or other means of discipline should never be out of anger and only teaches the child to behave in the same way to get their point across. Every child is not the same, they all learn differently and have different emotions towards different things. When parents hit their children out of anger they are teaching their children that it is ok to hit when they are angry. A parent should never emotionally, physically cause long lasting emotional scars when trying to teach their children to model good behavior. We always have to remember children are not as developed as us adults are.
Amy - 14-Oct-15 @ 2:53 AM
You make the distinction between things like directing a child's thoughts to their actions vs. corporal punishment as if they are mutually exclusive. What about the obstinate child who refuses to sit on the naughty step. What then? Every child is not the same. The one thing we can agree on, I think, is that NO form of discipline should be meted out of anger. This makes whatever the method is child abuse, because we are using the child to relieve our own stress. Further, we can agree, I believe, that discipline resulting in lasting injury, emotional or otherwise, is also a "no-no" (pun intended). But spanking is at best a grey area, heavily dependent on context. And it is CERTAINLY not the same as beating a child to produce injury.
Dr. Kwame M. Brown - 19-Jul-11 @ 12:32 AM
Title:
(never shown)
Firstname:
(never shown)
Surname:
(never shown)
Email:
(never shown)
Nickname:
(shown)
Comment:
Validate: